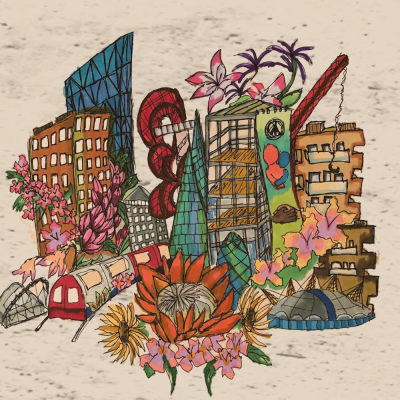 The Numbi Festival programme 2019 will screen three selected Creative Storm productions from Ghana, and the widely acclaimed short film by Wanuri Kahiu (Kenya). These films highlight the engagement of African filmmakers with issues of the environment; and its relationship to and impact on the quality of life. These concerns are by no means new to African film culture. One forum that has been established to focus on issues of the ‘environment and climate change’ is the Environmental Film Festival of Accra. Since 2004, this festival, organized in collaboration with Creative Storm, has been presenting an annual film programme. The films that have been screened over the years include many internationally acclaimed films, along with films made by young Ghanaians, and Creative Storm productions.

Pumzi (2009, 21 mins) – An Afrofuturistic film set thirty-five years after the water war, World War III. This film will be introduced by June Givanni of the June Givanni Pan-African Cinema Archive.

Environmental Patrol Strikes Again! (2008, Ghana, Young Film Makers Workshop, 6 mins) – The no-nonsense patrol team responds to another environmental crisis in Accra, this time, the dumping of refuse and waste at the Korle Lagoon, one of Accra’s most polluted sites.

The films from Ghana will be introduced by filmmaker and writer, Imruh Bakari.